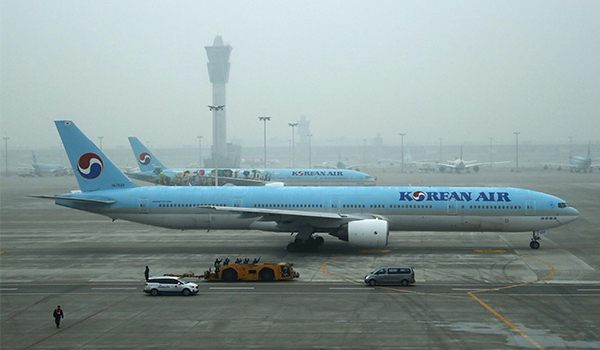 The overwhelming subscription will likely bring down the borrowing rates by 40 to 68 basis points from its guidance of each at 2.759 percent, 3.307 percent and 3.954 percent.

Korean Air debt sale is another sign of improving appetite for Korean bonds from the bottom tier of investment grade.

Hanshin Construction and Hanjin KAL bumped up their BBB0 offering in February. DB Capital, another BBB0-grade, raised its maiden issue to 50 billion won from its plan of 30 billion won after it received bids of 91 billion won.