Bet is on for a trio win for SK Bioscience debut, lockup terms may define future price 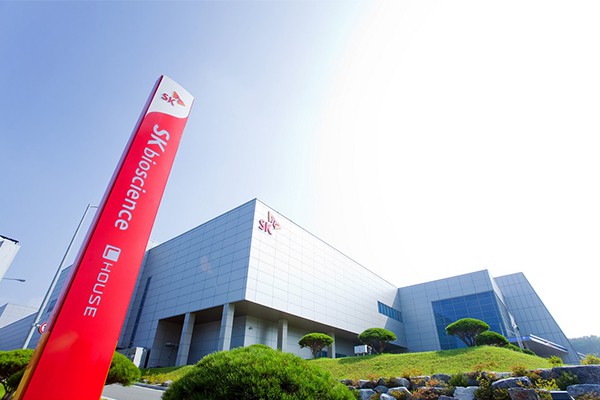 While vaccine maker SK Bioscience Co. is widely anticipated to be priced at the top end of its desired band for a $1 billion IPO after book-building ends on Friday, the market is closely watching institutional terms for lockup for cues in the stock’s movement after listing.

Shares of SK Bioscience have been trading around 200,000 won ($176.68) at the OTC market this week to imply investors’ bet on the stock’s spectacular debut - priced at the top end of 65,000 won, opening at doubled the price and closing at 30 percent ceiling, which had been the case for its sibling SK Biopharmaceuticals on July 2. When achieved, the stock would finish its first day on Kospi at 169,000 won on March 18.

Its lead manager NH Investment & Securities will disclose the IPO price and other results of the two-day book-building session Monday.

The vaccine developer will offer a total of 22.95 million shares, of which 15.3 million shares are in new shares. The desired IPO price is set at a band of between 49,000 won and 65,000 won per share, which could fetch 1.49 trillion won at the top end. It would instantly debut at No. 6 on the Kospi.

The stock has room to grow, given its price-earnings ratio (P/E ratio) of around 25 based on an IPO at 65,000 won. The P/E ratio of rivaling biotech names Samsung Biologics and Celltrion currently stand at 244 and 140, respectively.

SK Bioscience’s operating income for this year is projected at around 200 billion won as it is consigned with the production of AstraZeneca and Novavax’s Covid-19 vaccines. The firm had earned 22.8 billion won from operations last year.

The heat among institutions to grab as many shares as possible would define their lockup period. Stock debutants mostly suffer price losses after the expiry of the institutional lockup period.

SK Biopharmaceuticals had 81.2 percent of IPO shares subscribed by institutions locked up, Kakao Games 58.6 percent, and Big Hit Entertainment 43.9 percent. Institutions vie with longer lockup for popular IPOs to win as many allocations as possible.

Shares of SK Chemicals, owning 68.43 percent of SK Bioscience, have been skidding, which is unusual ahead of a blockbuster-to-be IPO. The stock fell 16 percent this week after a 10.45 percent loss last month. Last year, shares of SK gained 21.8 percent in June before its subsidiary SK Biopharmaceutical’s IPO in July.

By Kang Bong-jin and Cho Jeehyun