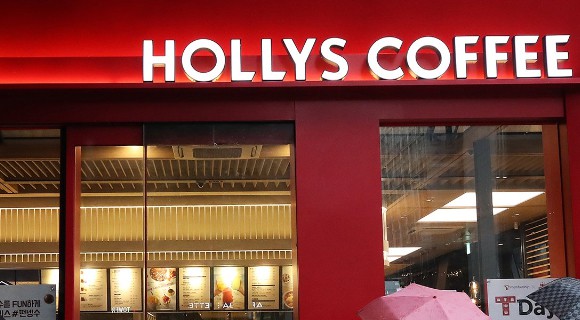 KG Group is in final talks to acquire Korean coffee franchise Hollys Coffee from IMM Private Equity for more than 150 billion won ($84.2 million), according to investment banking sources on Wednesday.

If the deal goes successful, KG Group will add another brand to its food and beverage portfolio following KFC, which was acquired three years ago. The latest exit would bring IMM PE more than 200 billion won in its ammunition, which includes the proceeds from the sale estimated at near 200 billion won, previous dividend payouts and recapitalization at Hollys Coffee, Korea’s first espresso coffee chain.

KG Group, which submitted a request to respond as a single bidder, was named as the preferred bidder for the deal. Sources said KG Group’s owner family has great interest in coffee franchise and the company has been more aggressive in the bidding than rival contenders.

As a potential buyer, KG Group has received high scores in other evaluation categories beyond its offer price. It has a successful track record of turning around other companies that it has acquired. KG Group has succeeded in improving financial health of KFC Korea after its acquisition in 2017. KFC Korea generated an operating profit of 4 billion won over sales of 210 billion won last year. Sales were up 14 percent from a year ago and the operating profit turned positive.

KG Group has grown itself into a large business group through aggressive business acquisitions. KG Group’s acquisition of Dongbu Steel last year was a tipping point in its journey towards a business empire subject to strict public disclosure. As of end-May, KG Group is Korea’s 63rd largest business group with a total asset of 5.25 trillion won, according to the Korea Fair Trade Commission.