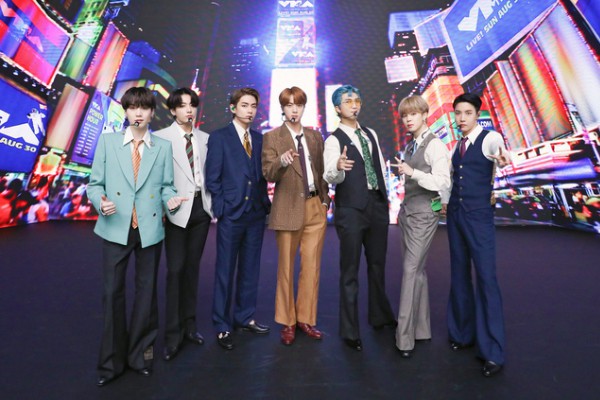 The spotlight on BTS in its reign on the U.S. Billboard chart and its producer Big Hit Entertainment’s imminent IPO has shined over the broad K-pop stocks.

Shares of JYP Entertainment behind girl groups TWICE and ITZY hit a new high of 42,450 won ($35.72) on Tuesday, up 3.54 percent from the previous session. The company broke record highs for four straight sessions since September 3 when Big Hit submitted a securities registration statement with the Financial Services Commission (FSC). Its market capitalization swelled to 1.57 trillion won as of Tuesday.

YG Entertainment, the label of star girl group BlackPink, also reached 52-week highs for three trading days in a row since Sept.4, with market cap amounting to 1.05 trillion won. Its subsidiary YG PLUS surged 15.25 percent from the previous day to 6,560 won on Tuesday.

SM Entertainment behind Red Velvet and EXO also hit a new 52-week high on Tuesday, after rising 1.81 percent to close at 39.300 won. Its market cap came at 921.6 billion won.

이미지 확대
Shares of JYP, YG and SM jumped 13.20 percent, 14.74 percent and 5.36 percent, respectively, during the last four trading days since Sept.3. If the growth momentum continues, all of the three agencies would see their market cap exceed 1 trillion won for the first time. All three gave way on profit-taking on Wednesday.

Entertainment stocks tumbled earlier this year due to a series of cancellation of performances and concerts amid Covid-19, but they are being chased on the fervor over the IPO of Big Hit. The BTS’ label has been drawing even more attention on the back of the phenomenal success of the boy band’s new single “Dynamite” that topped the U.S. Billboard Hot 100 chart.

Most of the K-pop artists have seen rapid recovery thanks to brisk sales of digital singles and online performance despite the dearth of physical concerts, according to Kim Hyun-yong, an analyst from Ebest Investment & Securities. “The IPO of Big Hit and scheduled comebacks of major K-pop starts from September to December would help them maintain the gaining momentum,” he added.