KB overtakes Shinhan as Korea’s No. 1 financial group in Q2 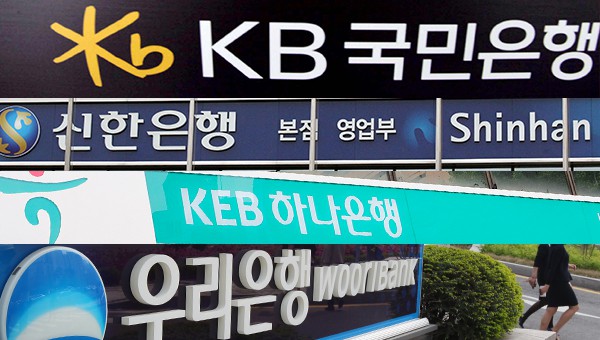 Shinhan Investment Corp. stowed away 201.7 billion won for potential losses in the second quarter. This includes 124.8 billion won from the 380 billion won worth of DLS funds it sold. It also set aside 76.9 billion won, or one-third of its Lime fund sales, to prepare for future costs. 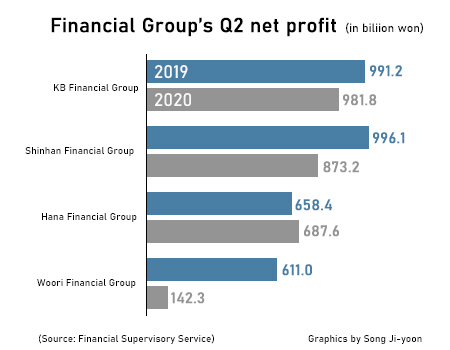 이미지 확대
Meanwhile, KB Financial Group, which was not as involved in the hedge fund scandals as its rivals, reserved just 206 billion won for coronavirus loan losses.

Woori, which does not have a brokerage arm, was hit harder than its peers Hana and NongHyup, whose loan-loss provisions were offset by huge profits from their brokerage units.

NH Investment & Securities Co., the brokerage unit of NongHyup, also saw its net profit more than double on year to 230.5 billion won in the second quarter.

Net interest margin (NIM), a key barometer of profitability that measures the difference between what companies charge borrowers and pay depositors, fell across the board in a low interest environment.

Experts said the broad decline in NIM was largely due to interest rate cuts. Korea’s benchmark rate is currently at a record low of 0.5 percent, down 75 basis points since March this year to fight the economic fallout from the pandemic.