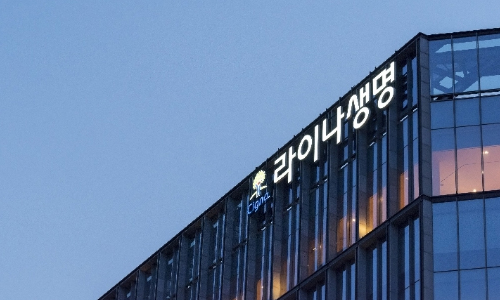 LINA Life Insurance Company of Korea, an affiliate of U.S.-based Cigna Group, is rumored to become the next to bow out.

The rumor circulated in the industry although the company denied.

They are rushing while there are potential buyers in the market, watchers said.

Market experts say LINA Life Insurance would appeal as it makes profit and can fetch as high as 3 trillion won.

LINA Life Insurance is the 13th largest insurance firm in Korea based on insurance revenue earned last year, and No. 21 based on total assets. The firm has made penetration by selling budget policies via TV home shopping channels and telemarketing in Korea.

Market watchers bet Woori and Hana financial groups could go after LINA Life Insurance as both have been eager to beef up non-banking units. Woori Financial Group previously vied for Prudential Life Insurance.

“Sale of Prudential Life Insurance would have been a trigger for foreign owners who have been distressed from bleak business outlook,” said an industry official. “More foreign-owned insurance firms will appear on the M&A market as introduction date of IFRS17 standards approaches.”

The IFRS17, or new International Financial Reporting Standard 17 issued by the International Accounting Standards Board, is to take effect in 2022. Under the new rule, insurance premium on saving-type products will be excluded from revenue, which can make a life insurer’s bottom line appear weaker.