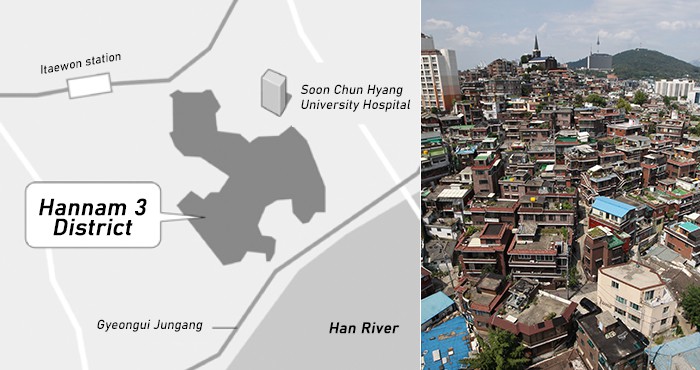 이미지 확대
The Hannam 3 district is the country’s largest urban development project to date, with an estimated total cost of 7 trillion won and construction cost of 1.88 trillion won. Hyundai E&C would be in charge of build housing for 5,816 households and adjacent convenience facilities.