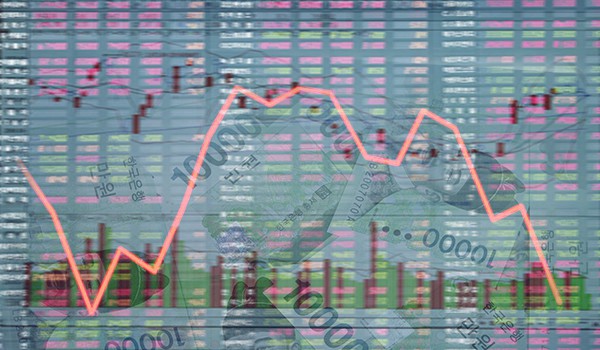 이미지 확대
The outlook on profitability of Korean companies has worsened most among developed economies over the last two years, according to a study.

According to a report by KTB Investment & Securities Co. on Tuesday, the 12-month forward return on equity (ROE) averaged at 7.5 percent for Korean listed companies as of early June, sharply deteriorated from 12.0 percent two years ago.

Meanwhile, Korea showed the smallest decrease of 0.7 percentage point from March to early June, indicating that the virus effect to the index had not been big. Instead, the reduced workweek hours and trade war between the world’s two biggest economies did more harm to earnings outlook for Korean companies.

From July 2018 to late February 2020, Korea’s 12-month forward ROE lost 3.8 percentage points. Statutory workweek hours have been cut to 52 hours from 68 in July 2018 when the prolonged U.S.-China trade war started with the sweeping U.S. tariffs on Chinese imports. Korea is among the countries hit hardest by the trade war as it relies nearly 40 percent of its gross domestic products to exports.

For a continuous bull market, the Kospi’s ROE has to exceed 10 percent to achieve the 12-month forward price to book ratio (PBR) of 1 times, IBK Securities said in its report on the same day.

The 12-month forward PBR compares the current stock price to estimated earnings per share for the following 12 months. It measures the market price in relation to the book value, and ROE shows the profit each dollar generates with respect to shareholder investments.