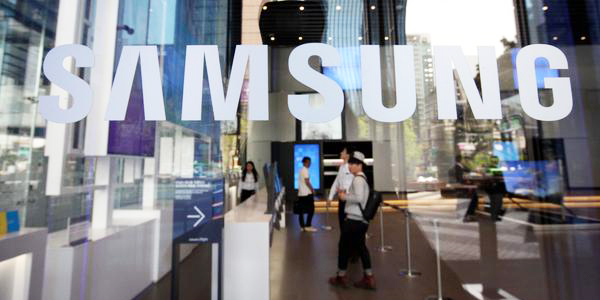 이미지 확대
The release of high-performance game devices and ever-growing demand for data servers offer the upside for world’s top memory chipmaker Samsung Electronics despite the setbacks from undying coronavirus spread and technology hegemony conflict between the United States and China.

A market consensus compiled by Seoul-based financial data provider FnGuide on Tuesday projected that Samsung Electronics would record an operating income of 31.97 trillion won ($26.3 billion) on sales of 230.2 trillion won on a consolidated basis for fiscal 2020. Sales would fall slightly from last year’s 230.4 trillion won but the operating profit would increase more than 15 percent compared to 27.8 trillion won earned in 2019.

The stock closed Wednesday at 52,200 won, up 0.19 percent from the previous session’s close in Seoul.

Sony is preparing to release PlayStation 5 (PS5) and Microsoft Xbox Series X (Xbox X) later this year. Both game consoles are expected to be fitted with 16 gigabytes (GB) of DRAM chips, said Kim Kyeong-min, Hana Financial Investment analyst, comparing with a smartphone that uses 4GB of DRAM chips on average. “Assuming the annual sales of PS5 at 1.6 million units and Xbox X at 5 million, total DRAM chip demand would be tantamount to selling 84 million units of smartphones,” Kim estimated.

New video game consoles are forecast to push up the demand for NAND flash memory chips as well.

PS5 is expected to come with 825GB of SSD space, and Xbox X 1 terabytes (TB), which is respectively 6.9 times and 8.3 times bigger compared to a smartphone’s average 120GB SSD, said Kim.

Although it remains to be seen whether the new consoles would be sold as many as the market projects, expectations are high that they would create new demand because the new game consoles are to hit the market seven years after the launch of their last upgrade versions. Also, demand for video game consoles has grown sharply this year as people around the world have been confined at home due to the coronavirus pandemic and have played games more than before the pandemic.

The demand for server DRAM chips is also projected to grow steadily throughout the latter half of this year.

Amazon.com that is responsible for 15 percent of DRAM orders is expected to maintain its purchase volume in the coming months as the e-commerce giant did not bump up orders in the first half of this year, said Hwang Min-seong of Samsung Securities. Microsoft is estimated to have ordered 75 percent of its annual server DRAM chip needs already in the first half of this year on expectation for a hike in video conference demand due to the virus-driven social distancing rules, but the company contributes only around 10 percent of total global DRAM sales, Hwang added.