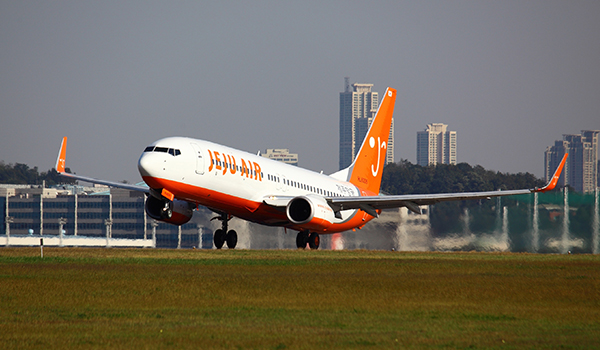 Jeju Air announced Thursday it will offer rights in 12,142,857 new shares to its existing shareholders and employee union on July 14. The offering price is estimated at 14,000 won apiece. The final price will be set in the second week of July.

The forfeited shares will be offered to the general public at the same price on July 17 and 20.

The news of share increase pushed down stock price 1.02 percent to close Friday at 19,400 won.

Separately, executives will return 30 percent of their annual salary and employees go on unpaid leave for half of a month to save costs.

The country’s No. 2 LCC name T’way Air Co. announced Thursday it will issue convertible bonds worth 10 billion won next month. The bonds dated June 2025 will be purchased by state-run Korea Development Bank (KDB), paying a coupon of 1 percent per annum.

The government has put up a 40 trillion won fund to assist key industries to survive the ongoing pandemic crisis. The first beneficiaries are airliners and shippers.