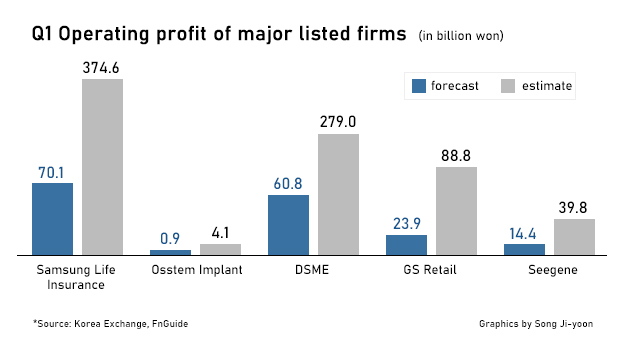 
Seven out of ten listed firms in South Korea fared better than expectations in the first quarter despite the setbacks from the COVID-19 outbreak.

Of 243 companies whose first-quarter earnings estimates were available by more than three securities firms, 162 exceeded projected numbers, according to data compiled by the Korea Exchange and local financial market tracker FnGuide on Tuesday.

About 3 percent or 81 firms underperformed. Total 62 companies reported profit below 10 percent or more.

By Kim Jung-beom and Cho Jeehyun