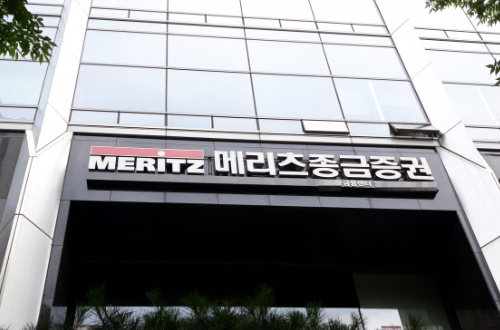 이미지 확대
South Korea’s Meritz Securities Co. showed off its investment banking prowess as its double-digit return rate through M&A and financing arrangements helped sustain its bottom line against the virus-battered market in the first quarter.

It delivered a net profit of 102.3 billion won ($83.7 million) in the first quarter, above market expectations of 88.1 billion won.

Although its bottom line was off 27.6 percent from the same period a year earlier, its quarterly net profit stayed above 100 billion won for nine straight quarters.

Its performance well exceeded that of its rivals. NH Investment & Securities Co. saw its first-quarter net profit drop 81.9 percent on year, while KB Securities slipped into the red.

IB proved to be its primary strength. Its profit was largely earned from commission fees related to the Meritz Securities-led acquisition of the Brussels Finance Tower for 1.4 billion euros ($1.6 billion). It is currently readying an initial public offering of a real estate investment trust (REIT) backed by the Finance Tower, which would be Korea’s first publicly traded REIT based on an overseas property.

Meritz Securities’ annualized return on equity on a consolidated basis was 10.2 percent in the latest quarter, staying in the double digits for seven consecutive years. Its equity capital as of late March rose to 4.03 trillion won compared with 1.08 trillion won in late 2014.