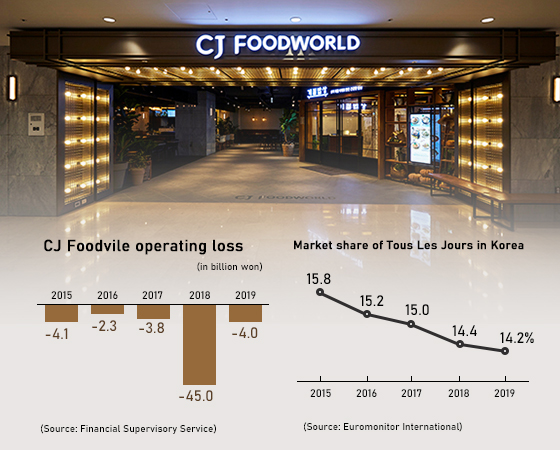 CJ, in a disclosure on Friday, denied the report, saying the sale was not under review.

Tous Les Jours is a bakery chain operated by CJ Foodville, a food service unit under CJ Group. The estimated price tag is around 500 billion won to 600 billion won.

The sale is more likely to appeal to private equity firms than large corporations, one market observer noted.

CJ Foodville has undertaken aggressive restructuring over the past two years to trim costs amid crippling losses.

Such efforts have helped improve its bottom line. In 2019, CJ Foodville swung to a net profit of 126.7 billion won, its best performance in five years, after registering a 32.5 billion won loss in the previous year. 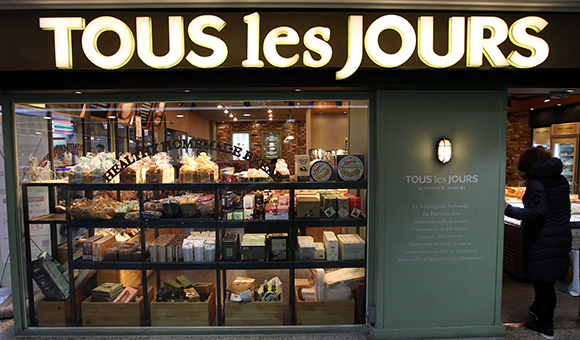 이미지 확대
Launched in 1997, Tous Les Jours has grown to become Korea’s second-largest bakery chain. As of late 2019, it had 1,318 stores, second only to Paris Baguette, which owns 3,336 outlets, according to the Fair Trade Commission.