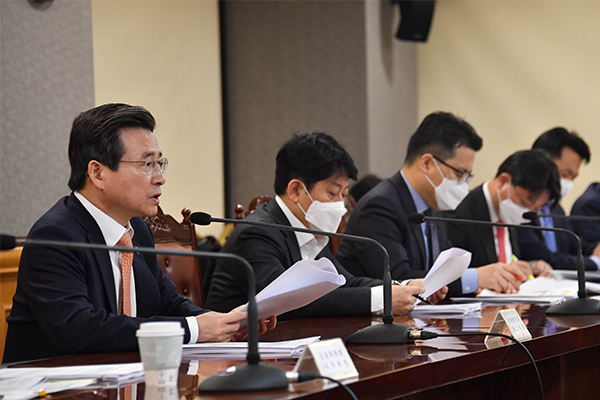 South Korea will temporarily ease foreign exchange liquidity rules and start injecting dollars next week from the $60 billion currency swap line with the U.S. to lessen the strain in dollar funding and weakening of the Korean won amid the coronavirus pandemic.

The forex liquidity coverage ratio of banks would be lowered to 70 percent from 80 percent through May, Vice Finance Minister Kim Yong-beom said in a macroeconomic policy meeting on Thursday.

The FX liquidity coverage ratio measures a bank’s short-term resilience to liquidity shocks. The ratio requires banks to hold a sufficient amount of high-quality foreign assets that can be easily converted into cash, enough to cover projected net cash outflows for 30 days in times of liquidity stress. Lowering this threshold would allow banks to free up more dollars in the market.

Kim said the government would also waive levies related to foreign currency on financial firms for the next three months to reduce their burden in obtaining foreign loans.

To maintain stability in the forex market, Korea charges a 0.1 percent levy on non-deposit foreign debt due within one year.

The Bank of Korea (BOK) is set to unleash dollars into local financial markets next week from the $60 billion currency swap credit established with the United States. Korea was one of the nine countries that the U.S. Federal Reserve last week agreed to open swap lines with over the next six months, which would enable each country to exchange their currencies for dollars.