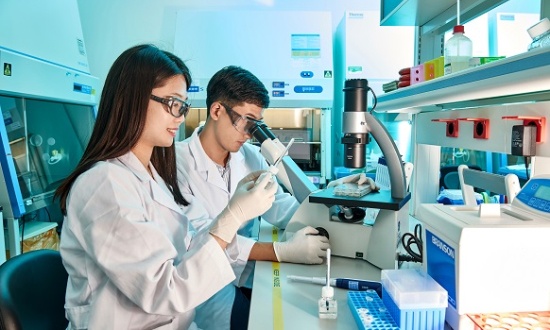 이미지 확대
Despite scandals and setbacks in the bio sector, healthcare funds performed the best among equity funds managed in South Korea in the fourth quarter with profit rates averaging 15 percent.

According to local market tracker FnGuide on Wednesday, global health care funds delivered an average return of 15 percent in October-December period last year. They ranked top among those investing in equities abroad, far outperforming the average return of 9.98 percent.

“Global healthcare stocks have attracted back investments toward the end of last year as prices had remained below their potentials through the year despite their strong business performance,” said Kim Jong-wook, global equity team manager at Hanwha Asset Management. He said global health care stocks have shown a pattern of weakening in the first half of a year since 2016 U.S. presidential election, which heat up the arguments over adopting universal, government-funded health-care system.

Local healthcare funds investing in stocks of Korean biotech companies also fared well. Their returns averaged 6.38 percent in the fourth quarter, reversing from negative returns that had extended throughout the earlier part of last year.

The gain was aided by local biotech majors whose stock prices sharply improved in the fourth quarter.

The share price of Samsung BioLogics, which was mired in an allegation of accounting fraud, jumped to 433,000 won ($372.28) at the end of last year from 323,000 won on Oct. 1. HLB’s stock prices also soared in the fourth quarter after completing a global phase 3 clinical trial of rivoceranib, angiogenesis inhibitor in gastric cancer.

By Moon Ga-young and Cho Jeehyun