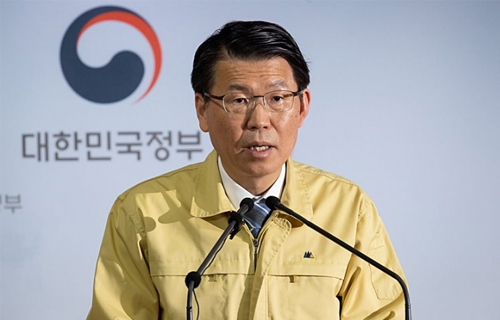 이미지 확대
South Korean institutions have teamed up to create a 10 trillion won fund ($7.9 billion) devoted to stabilize the bond market and also vowed to cooperate with authorities when a similar funding is necessary for the stock market.

Chief of Financial Services Commission, Financial Supervisory Service, eight commercial banks convened a meeting on Friday and decided to deploy a bond market stabilization fund worth 10 trillion won. They plan to expand the size of the fund when necessary.

The lenders also agreed to join a stock stabilization fund upon the government’s call.

A 10 trillion won bond market stabilization fund last was created in 2008 amid the Wall Street meltdown.

Bank then had chipped in 8 trillion won and non-banking finance firms including brokerages and insurers the rest.

The selloff in the Korean debt market was stopped by the string of positive news. The announcement of a new fund followed the Bank of Korea’s announcement of buying 1.5 trillion won in government bonds on Friday and a $60 billion currency swap between the Korean and U.S. central banks which also can alleviate liquidity shortage for Korean companies. The three-year government bond yield fell 8.6 basis points to 1.107 percent and 10-year bond 4.6 basis points to 1.611 percent.

Banks pledged supports on the Korean government’s relief program for small merchants announced on Thursday, which includes allowing small business owners to make emergency loans at a low interest rate of 1.5 percent at any financial institutions across the nation. In line with this, commercial lenders and credit guarantee companies have signed a collaboration agreement.