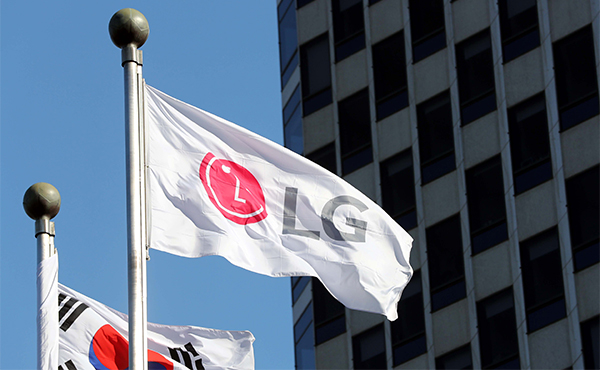 Korea’s top white goods brand LG Electronics Inc. celebrated 2019 with record sales, but finished the year with a hiccup with its operating profit in the final three months shaved by nearly 90 percent on quarter as stagnated sales of premium home appliances failed to offset yawning losses from smartphone business.

The South Korean home appliance giant in its preliminary earnings released on Wednesday projected an operating profit of 98.6 billion won ($84.8 million) for the quarter ended December 2019, down 87.4 percent from the previous quarter but up 30.3 percent from a year earlier.

The income estimate was far below the market consensus of 279.1 billion won in operating profit on sales of 16.46 trillion won.

For full 2019, the company projected its operating profit to reach 2.43 trillion won, down 10 percent from a year earlier. Annual sales are estimated to have increased 1.6 percent on year to its best-ever 62.3 trillion won.

LG Electronics will release the final results with details later in January. 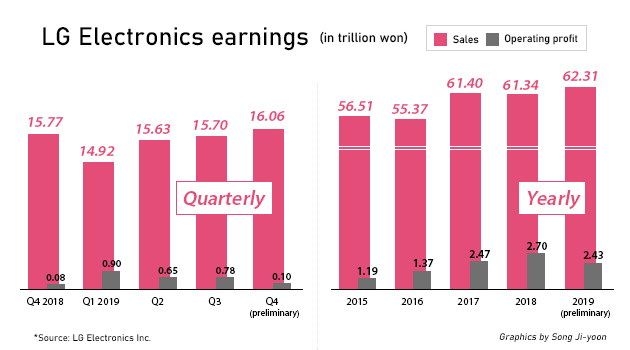 이미지 확대
The company kept up a bold face, claiming the fourth-quarter setback to be temporary from increased marketing costs.

“The results do not reflect our fundamental competitiveness,” said its new CEO Kwon Bong-seok in his first press briefing in Las Vegas after taking office last month on the sidelines of the CES 2020.

He was confident of the loss-making mobile (smartphone) and automotive electronics divisions turning out profits from next year as the company is readying premium mobile innovation. He, however, admitted the bottom line has been hurt due to slower-than-expected growth in demand for premium TVs and robotics. Rollable TVs may come out in the latter part of the year.

The company is expected to do a little better this year.

According to a market consensus compiled by local market tracker FnGuide, its projection for operating profit is 2.9 trillion won and sales 65.5 trillion won for this year. 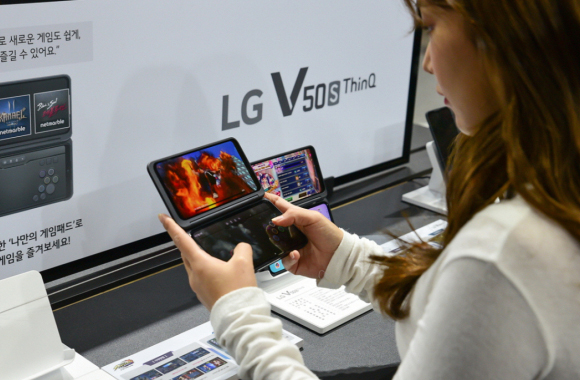 이미지 확대
The price target of the stock is set at between 83,000 won and 100,000 won by local brokerages. Koh Jung-woo, senior analyst at NH Investment & Securities said “the stock is nevertheless appealing as its 12-month price to earnings ratio (PE ratio) stands at 7.1, underperforming home appliance sector’s average of 11.8.” PE ratio is a measure of the share price relative to the company’s earnings per share.