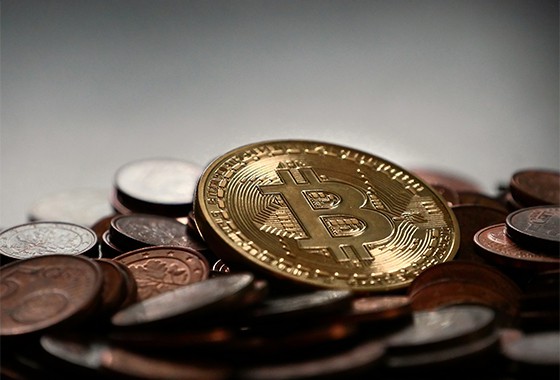 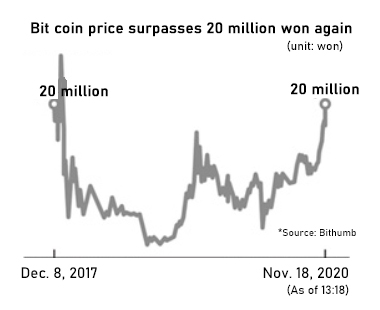 Demand for bitcoin revived sharply in October when U.S. online payment giant PayPal decided to allow its customers to use bitcoin and other cryptocurrencies.

The strong rally is also driven as investors viewed the virtual currency as a relatively safe asset amid the Covid-19 pandemic, industry watchers said.

By Han Sang-heon and Minu Kim