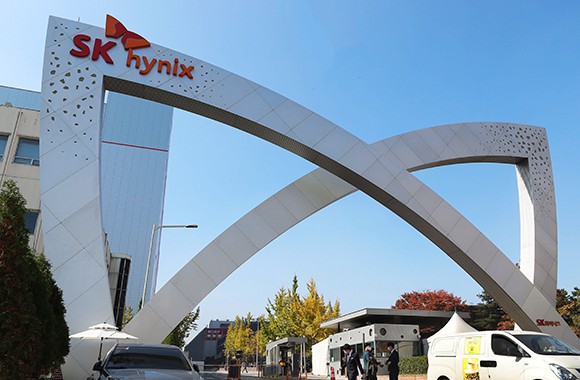 Local private equity funds are reportedly approaching SK Hynix Inc. to get in on its $9 billion acquisition of Intel’s NAND business.

Under the agreement, SK Hynix has to pay $7 billion by the end of 2021 and the rest by March 2025. The company said it plans to cover half of the cost through reserved cash and future cash flows, and the remainder through other means including outside funding, borrowing and asset liquidation.

Joining hands with outside financial investors would be a way to reduce the strain on its balance sheet as the funds would not be booked as debt. 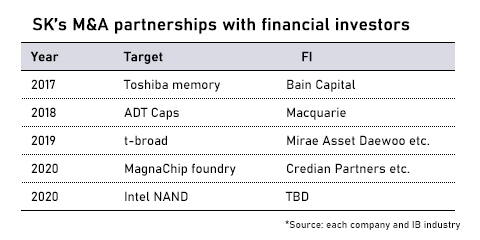 이미지 확대
SK Hynix has also made big deals with private investors before. In 2017, it injected roughly 4 trillion won ($3.52 billion) into Kioxia, formerly Toshiba Memory Corp, by joining a global consortium led by Apple and Bain Capital, which took a 49.9 percent stake in the Japan-based chipmaker for 25 trillion won.

Some private equity firms, including global big names, have reportedly reached out to SK Hynix.

The company could also tap the cheap debt market given the record-low interest rates.