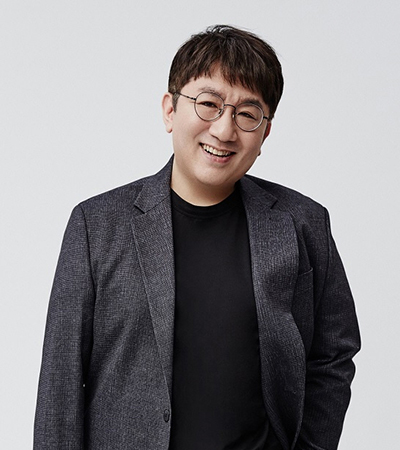 “Big Hit Entertainment will continue to strive to become the best entertainment platform company in the world,” said Bang as he celebrated the company’s Kospi debut. The firm had its IPO ceremony live streamed via its YouTube channel on Thursday morning.

Bang would rank behind Chung Mong-koo, honorary chairman of Hyundai Motor Group who is the country’s fifth richest in stock worth with his holdings estimated at 4.3 trillion won based on market closing prices on Sept 29, according to local market researcher Korea CXO Institute’s report. 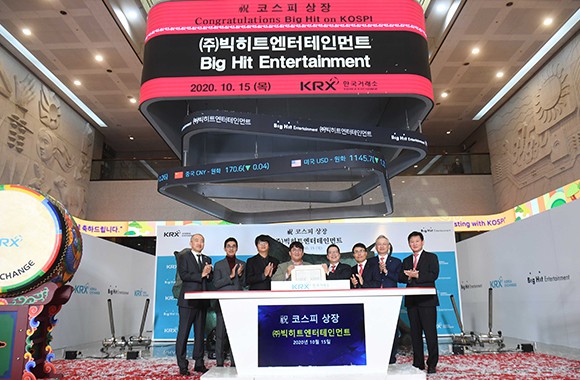 이미지 확대
BTS members and their management label’s employees are also seeing their wealth climb up sharply. Bang handed out 68,385 shares, worth 9.2 billion won at the IPO price, to all seven members of the boyband last month.

Some analysts think the buzz over Big Hit IPO would be short-lived as previous blockbuster IPOs like SK Biopharmaceuticals and Kakao Games have lost steam after big jumps in early trading days. On Wednesday, Kakao Games ended at 48,250 won, about the same as its opening price on the debut day about a month ago. SK Biopharmaceuticals closed the day at 153,000 won, 7.27 percent lower compared to July 3, or the second day on the Kospi.