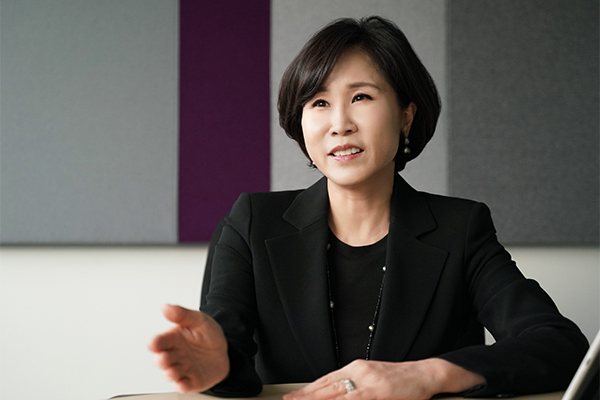 Citibank Korea said Wednesday that its appointment recommendation committee decided to recommend Yoo as the sole candidate for the post of the bank’s CEO. The appointment is set to be confirmed at meetings of general shareholders and board of directors slated to be held on Oct. 27.

Yoo has been serving as the interim CEO of Citibank Korea since September after the bank’s chief Park Jin-hei decided against bidding for a third term.

When approved, she would make the first female CEO in the country’s private bank industry, and the second woman to head a major bank in Korea, following Kwon Sun-joo who led state-run Industrial Bank of Korea from 2014 to 2016.

Yoo joined Citibank Korea in 1987 after graduating from Ewha Womans University. As a veteran financier with more than 30 years of experience, she has built her career specializing in corporate banking. She also briefly served as a managing director at JP Morgan Chase`s Seoul branch in 2014.

The parent Citigroup also made history last month after naming Jane Fraser as its next CEO, the first woman leader for a Wall Street bank. Fraser, its current president and head of global consumer division, is set to take over the top post in February when current chief Michael Corbat retires.