Kia Motors shares up 1% on buyback plan to reward employees 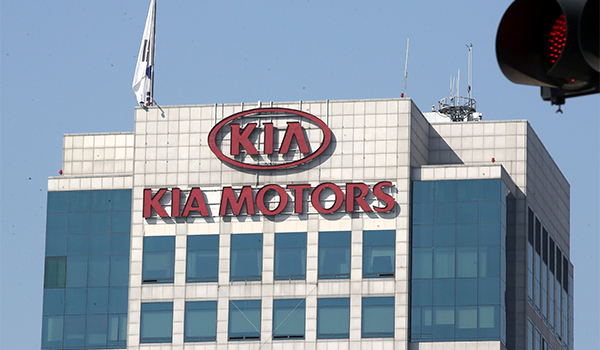 이미지 확대
Korea’s No. 2 car maker Kia Motors said its employee association will buy 300 billion won ($254 million) in treasury shares over the next three months, another boost to the stock following raving response to its latest sedan K5.

According to the company on Wednesday, 15,768 Kia Motors workers, or 44.5 percent of the total payroll, signed up for the employee stock option plan, which amounts to 7,602,100 shares, about 1.9 percent of the outstanding shares.

The carmaker’s employee stock association plans to buy the stocks as cheap as possible by considering external market variables. 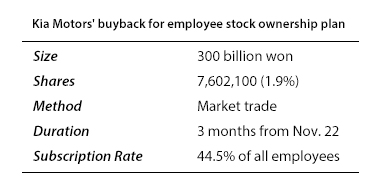 이미지 확대
The plan is positive for the company’s stock price in the short term, said Meritz analyst Kim Joon-sung. The planned launch of new SUV models next year also adds upside to the stock.

Kia’s flagship models are due to be rolled out in series production starting with the K5 next month, the Sorento in February, the Carnival in July, and the Sportage in December. Increased shipments of the Telluride in the U.S. and stronger demand for the Seltos in India already helped narrowed losses this year, Kim said.

By Woo Je-yoon and Minu Kim