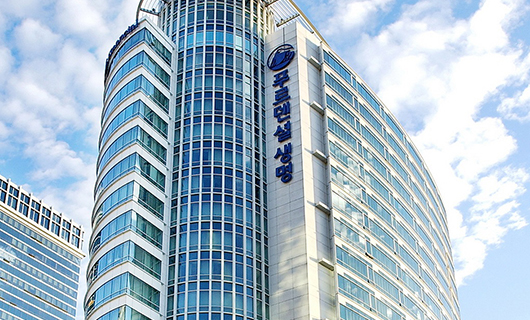 The sale is expected to win the attention of major financial groups in Korea due to the financial soundness of Prudential Life Insurance.

Prudential Life Insurance is ranked 11th in the industry with 20.19 trillion won ($17.1 billion) in total assets as of end of June, but came at No. 5 based on accumulated net profit of 105 billion won in the first six months of the year.

The life insurer’s return on assets (ROA) is 1.07 percent – the second-highest in the industry – which indicates the company generates profit by efficient managing of assets.

The ratio of Prudential Life Insurance’s risk-based capital (RBC), which is the minimum capital an insurer must hold to protect investors, stands at the industry’s highest of 505.13 percent. RBC has emerged as an important index measuring regulatory capital ahead of new International Financial Reporting Standard 17 issued by the International Accounting Standards Board.

Under the new IFRS 17, financial firms’ available capital will appear weaker, raising the issue of expanding capital. A higher RBC ratio would reduce the need for additional capital expansion. The RBC ratio advised by the financial authority is 150 percent.

Woori Financial Group has also expressed interest in acquiring an insurance company under a mid- to long-term project. Ever since it transformed into a holding company structure this year, Woori Financial has been putting out efforts to secure a portfolio as a comprehensive financial group by acquiring Tongyang Asset Management and ABL Global Asset management and Kukje Asset Trust. It also joined a consortium to acquire a majority stake in Lotte Card.