이미지 확대
South Korea’s tobacco maker KT&G Corp. reported a 4.2 percent fall in its operating profit for the third quarter ended September from the previous quarter amid waning sales of e-cigarettes due to health hazard concerns.

KT&G said in a regulatory filing on Thursday that its consolidated operating profit reached 382.5 billion won ($329.6 million) in the July-September period, down 4.2 percent from the previous quarter. Sales totaled 1.32 trillion won, up 5.1 percent during the same period and net profit 322.1 billion won, down 0.7 percent.

KT&G blamed the fall in its third-quarter operating profit from the previous quarter to increased sales of items with high production cost and business diversification efforts such as that of non-red ginseng snacks and cosmetics to spur new growth engine.

On Thursday, shares of KT&G closed at 99,700 won, unchanged from the previous session.

Against a year ago, it did well. 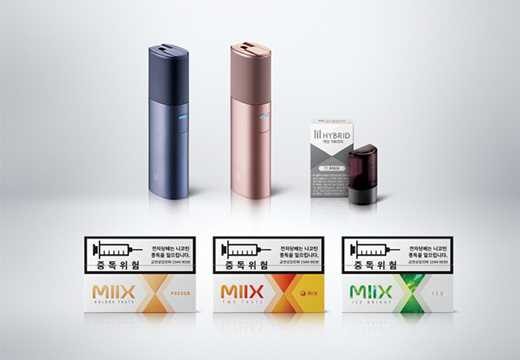 KT&G owed the increase in the bottom line to strong sales of e-cigarettes and heat-not-burn tobacco despite a fall in overall consumption. The company’s market share in the country’s heated tobacco industry reached an all-time high of 64 percent although overall demand for heat-not-burn cigarettes declined.

Industry analysts noted that brisk sales comes as KT&G put out efforts to improve its competitiveness in the heated tobacco industry by launching new and limited products that meet consumer demands.

KT&G’s subsidiary Korea Ginseng Corp. raised 80.1 billion won in operating income in the July-September period, down 2.2 percent from the same period a year ago. Sales amounted to 426.6 billion won, up 5.5 percent during the period.