이미지 확대
Foreign investors are gobbling up shares of South Korea’s Woori Financial Group on expectations that its aggressive merger and acquisition (M&A) hunt for non-banking businesses based on ample financial power would drive its profitability in the future.

Analysts believed that the biggest driver of the buying spree is Woori Financial’s sufficient financial ammunition that could help it expand its business areas aggressively. As of the end of June, the group’s investment capacity, the amount of funds a financial holding company can utilize within 130 percent of its equity capital except for subsidiary investments, reached 6.2 trillion won. 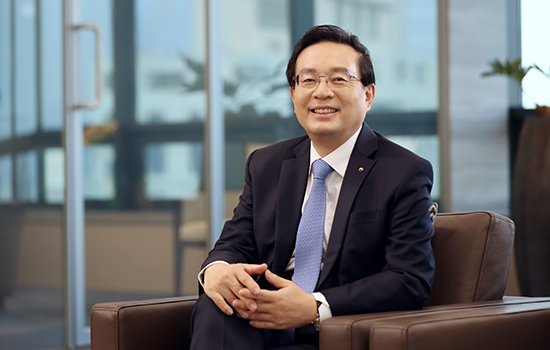 Woori Financial Group Chairman Sohn Tae-seung has been stepping up his efforts to add more non-banking subsidiaries such as brokerages and insurers to improve profitability and broaden the group’s business scope since the company’s transition into a holding entity in January this year.

The group’s return on equity (ROE), a key measure of profitability, stood at 11.3 percent as of the end of September, the highest among the nation’s four major financial holding companies. Offshore investors believe its profitability would go up further after it takes over more non-banking subsidiaries, according to market experts.

By Moon Il-ho and Choi Mira