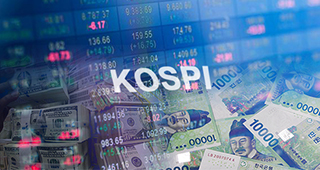 이미지 확대
Institutional investors made their biggest purchase of Kospi-listed shares in 21 months in September as they were mobilized to defend the Maginot Line of Kospi above 2,000 against foreign selling wave, data showed.

According to the Korea Exchange on Wednesday, institutional investors in September net purchased 2.24 trillion won ($1.86 billion) worth of Korean shares, the largest in 21 months since 4.83 trillion won worth in December 2017.

Institutions net sold 724.8 billion won worth Korean equities in July and bought a net 2.2 trillion won in the following month.

Foreigners and retail investor went on with their selling spree.

Stock purchases by institutional investors have posed as a relief to the bearish local market, market analysts said. They net bought 1.79 trillion won worth Kospi-listed stocks when the country’s main bourse retreated 13.37 percent in October last year, and another 1.18 trillion won worth two months later when the bourse slipped below the psychologically important 2,000 mark.

Markets are closely watching whether they would extend the buying spree also in October. On Tuesday alone, net purchases by pension funds reached 91.2 billion won on the Kospi, and by financial investment companies 148.3 billion won.

By Chung Seung-hwan and Lee Ha-yeon