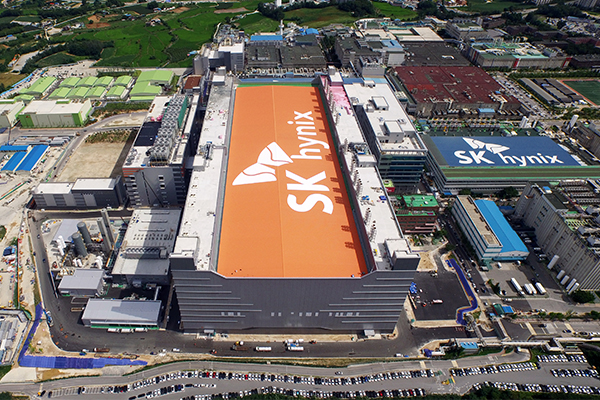 이미지 확대
South Korea`s SK Hynix Inc. has scaled up issuance of its five-year offshore bonds after it drew overwhelming demand from investors, making a successful return to the foreign debt market after 12 years.

According to multiple industry sources from the investment banking industry, SK Hynix, the world`s second-largest memory chipmaker, received a total $3.5 billion worth of subscription orders for its eurobonds with a five-year maturity in a book building session on Tuesday, 12 times more than its initial offering of $300 million.

With overwhelming demand, SK Hynix upped issuance by $200 million to $500 million. The bonds were issued at a coupon rate of 3.157 percent, 162.5 basis points above the five-year U.S. Treasury yield. The rate was 27.5 basis points lower than the initially proposed yield to investors.

The company`s successful international bond offering came 12 years after it last issued offshore debts in June 2007 before it joined SK Group. At that time it was the first overseas bond issuance with a junk grade BB rating by a Korean company. 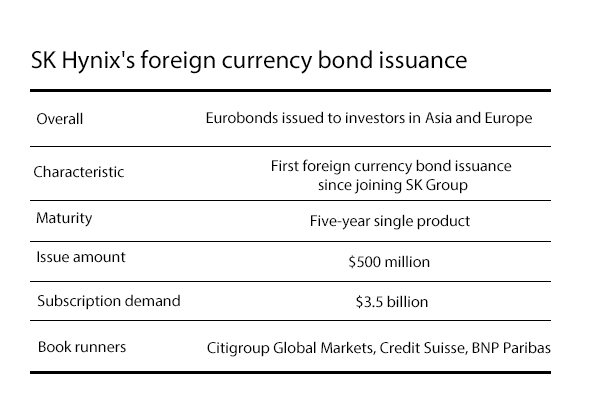 이미지 확대
The upbeat demand for SK Hynix`s latest eurobond offering reflects global investors` confidence in the company despite the deepening trade rows between the U.S. and China, as well as between Korea and Japan further weighing on the global chip demand. Investors rather focused on the chipmaker`s stellar performance steadily earning trillions of won in profit before the global chip industry entered the current downward cycle and bet on a recovery in the chip market next year.

The latest book-building session was attended by 197 institutional investors from Asia, which accounted for the largest 85 percent of the entire subscription, Europe, and the Middle East. By institution, 82 percent were asset managers and 11 percent insurers. Co-underwriters were Citigroup Global Markets, Credit Suisse, and BNP Paribas.

The company will use the proceeds for company operation. SK Hynix used the proceeds from its previous record local currency-denominated bond sales of 980 billion won ($821.6 million) in May to pay subcontractors and repay loans.