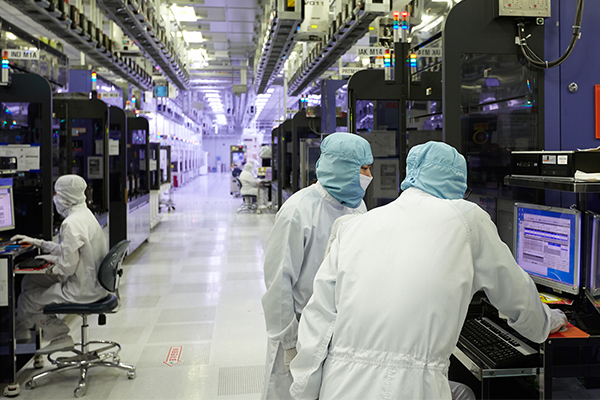 이미지 확대
SK Siltron, the semiconductor wafer unit of South Korea`s SK Group, will acquire a silicon carbide (SiC) wafer division from U.S. chemical giant DuPont for $450 million, a move that can further raise competitiveness of the conglomerate with chip and battery strengths in the age of electric-powered mobility.

According to SK Siltron on Tuesday, the company’s board of directors agreed to purchase DuPont’s SiC wafer business unit at $450 million with an aim to complete the buyout by the end of this year after regulatory approval and other customary conditions.

The wafer maker formerly owned by LG Group came under SK Group in 2017.

SK Siltron supplies silicon wafers to chipmakers Samsung Electronics, SK Hynix, and Toshiba among others. SK Siltron determined the investment as part of efforts to diversify its business, the company said. 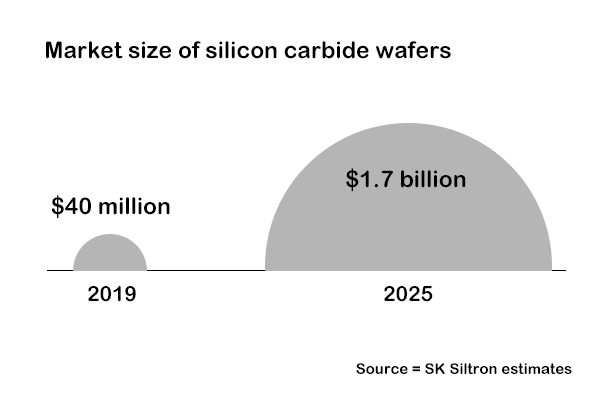 이미지 확대
SiC wafers, made from silicon carbide from a mixture of silica and carbon, are used to make chips designed to control power supply in EVs. Power semiconductors are required to have high strength and excellent electrical and thermal properties. But only three companies have independent commercial production of SiC wafers: Cree, II-VI, and DuPont.

SK Siltron expects the global SiC wafer market will grow from $40 million this year to $1.7 billion in 2025 in line with burgeoning demand for EVs worldwide.

With the latest acquisition, SK Group will be better positioned to strengthen its EV portfolio along with SK Innovation’s battery business. Power semiconductors are mainly produced by Germany’s Infineon Technologies, and other giant chipmakers like Samsung Electronics and SK Hynix are poised to join in the burgeoning market.

By Kim Gyu-sik and Minu Kim