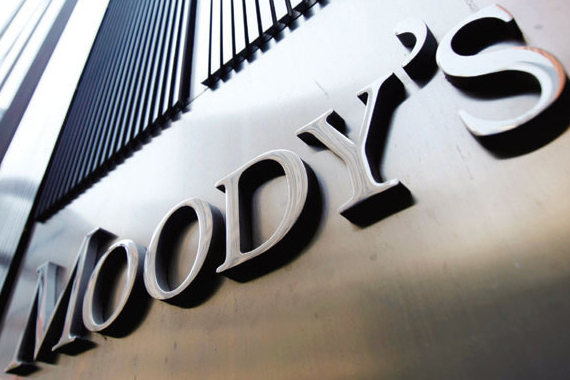 이미지 확대
Moody’s Investors Service on Tuesday warned negative rating actions that could lead to downgrades would outnumber positive ones for Korean companies over the next year as unfavorable trade conditions can further hammer performance of the Korean Inc.

Of the 24 non-financial private companies rated by Moody’s, 13 have “negative” outlooks or are “under review for downgrade,” it said, with “no positive outlooks.”

The ratings agency expected overall industry conditions to deteriorate amid trade tensions and slowing global economy and Korean companies’ credit quality to further worsen over the next 12 months given their large-scale investment plans. The downward pressure, however, can be eased if companies reduce debt through asset sales or facility investment cut, it said.

“The deterioration was most severe in the memory chip, refining and petrochemical sectors amid sluggish demand driven in part by weakened business sentiment,” Moody’s said. “The steel sector also weakened in light of soft demand and a rise in raw material prices.”

The ongoing trade dispute between the U.S. and China is also expected to continue to negatively affect earnings of Korean export-oriented companies.

Yoo Wan-hee, vice president and senior credit officer at Moody’s, said that “this will be particularly evident in the technology and chemical sectors, where firms typically export large amounts of commodities and components to China.”

The escalating trade conflict between Korea and Japan, however, will not have significant impact on companies’ earnings as Japan’s export curbs would “result only in administrative delays in supplies.”​