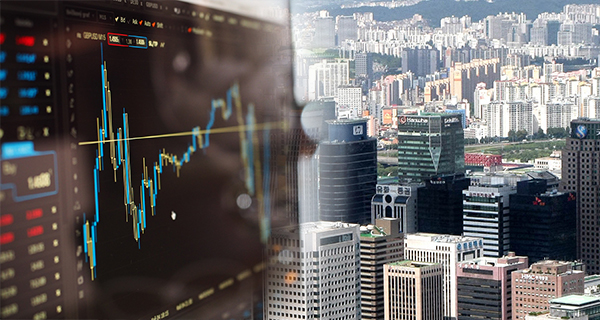 이미지 확대
South Korean brokerage houses posted a record net profit in the first half despite a sluggish stock market, though the pace of gains slowed in the second quarter from the previous three months.

The net profit of 56 local brokerages totaled 2.85 trillion won ($2.39 billion) in the first six months, up 5.7 percent from the same period last year to break the previous record high, according to the Financial Supervisory Service on Tuesday.

Net profit in the first quarter surged to an all-time quarterly high of 1.46 trillion won. Second-quarter results slipped 5.6 percent from the previous quarter to 1.38 trillion won but were still 11.0 percent higher from a year earlier. 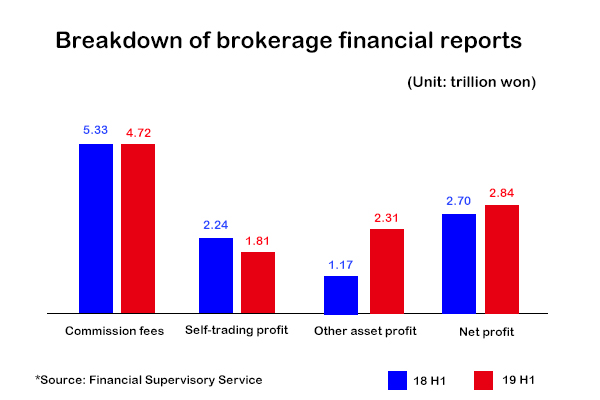 But a decline in stock indexes led to a 25.6 billion won loss, compared with a first-quarter profit of 260.8 billion won from self trading stocks. Profits from other assets plunged 43.7 percent to 832.6 billion won.