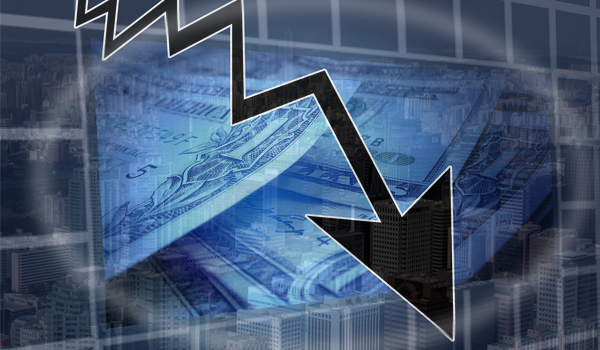 이미지 확대
New BBB+ debt offering by Korean mid-sized shipper Polaris Shipping Co. was undersubscribed, raising alarm about a change in investors’ confidence in Korean debt and higher borrowing rates due to uncertainties in the economy.

The debt offered in three tranches - 20 billion won ($16.8 million) in one-year, 40 billion won in two-year and 20 billion in three-year maturities were undersubscribed by 20 percent. It made the third in the B-tier group in Korean papers to fail to sell full offering after Hanjin Transportation and Korean Air Lines, according to sources on Monday. 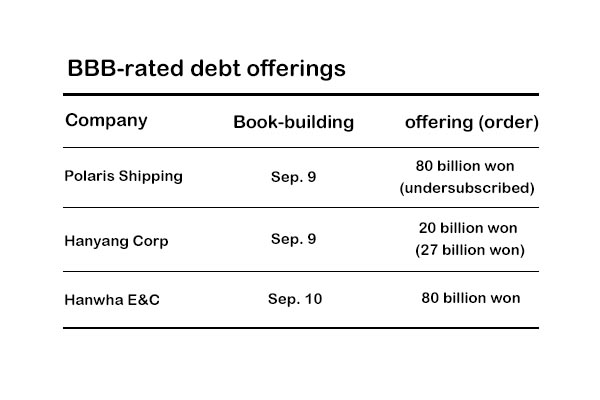 이미지 확대
Polaris Shipping has sound financial health and its bonds have been generally popular, but investor sentiment over BBB-category issues soured after the debt offering by Hanjin Transportation and Korean Air Lines in July failed to attract enough interest, a market expert said.

Market analysts think the sub-A issuers from Korea failed to win over investors because their pricing term did not offset concerns for risks in the debt.

Another mid-sized construction company Hanyang Corporation with credit rating of BBB+ entirely sold 20 billion won worth bond with bids at 27 billion won because it offered a coupon of more than 5 percent.

Hanwha E&C is the next in the pipeline from the BBB group, with pricing for 80 billion won due on Tuesday.​

By Chung Seok-hwan and Lee Ha-yeon