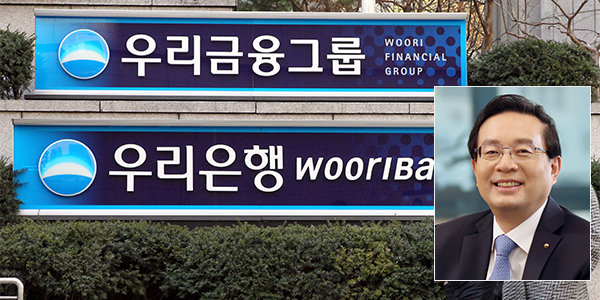 이미지 확대
South Korea’s Woori Financial Holdings sold another 400 billion won ($334.2 million) in subordinated debt denominated in the local currency to shore up its financial position after a chain of acquisitions.

The company said Friday it issued 300 billion won in 10-year subordinated debt at a coupon of 2.20 percent, 85 basis points above the Korean government bond yield of the same maturity. The borrowing term was the cheapest among subordinated debt issues by financial holding names.

It beats the previous record-low 2.28 percent coupon for a 10-year 300-billion-won paper from the same issuer in June. Government debt yields have hit historic lows in recent weeks amid expectations of an interest rate cut to an all-time low of 1.25 percent.

The remaining 100 billion won was issued in eight-year notes at 2.13 percent.

Subordinated debt, a junior type of securities, is an unsecured loan that ranks after other debts in case of liquidation or bankruptcy.

Woori Financial Holdings said it expects the latest bond sale, along with the 500 billion won worth of hybrid offerings in July, to help lift its Bank of International Settlement (BIS) capital adequacy ratio by 40 basis points compared with the end of June. Its BIS ratio – the minimum capital adequacy ratio that banks must maintain under the Basel III standard – stood at 11.08 percent in June, lower than the industry average of 13.60 percent.

Market observers see Woori Financial Holdings’ latest debt issues as an effort to shore up its BIS ratio amid the recent string of acquisitions.

In July, it completed the buyout of Tongyang Asset Management and ABL Global Asset Management, its first acquisitions since becoming a holding company earlier this year. The addition of asset management and trust companies normally raises the risk-weighted asset ratio on a consolidated basis. The company also plans to buy the entire shares of Woori Card and Woori Investment Bank from Woori Bank later this month to make them wholly-owned subsidiaries.

By Lee Seung-hoon and Kim Hyo-jin