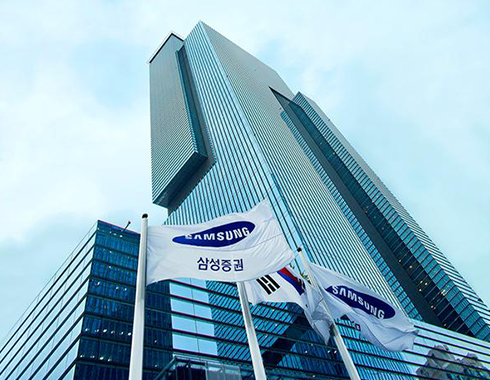 Samsung Securities will inject about 100 billion won and finance the remainder from local lending institutions to leverage from sub-zero interest rates in Germany. According to Investing.com, yields of German 10-year government bond fell to minus 0.71 percent as of the end of last month.

The company plans to structuralize assets of the building to create a fund before reselling it in Korea. The annualized expected return on the fund is in the high-5-percent range. France’s asset manager La Française is responsible for fund management locally, and Shinhan Alternative Investment Management in Korea.

이미지 확대
The Amazon logistics center is located in Mönchengladbach-Rheindahlen, home to Germany’s logistics industry where one fourth of the country’s fulfillment centers are concentrated. Its construction was completed in July with a total floor area of 130,000 square meters.

The latest purchase will further expand the list of Samsung Securities’ overseas property assets amid sluggish equity markets. Earlier this year, the brokerage bought Lumiere building in Paris for total 1.5 trillion won in a consortium with Hanwha Investment & Securities and Samsung SRA Asset Management. Other deals made this year include the acquisition of Crystal Park office building (920 billion won) in France and Aoyama building (850 billion won) in Japan. It also acquired a 40 percent stake ownership in Dunkirk liquefied natural gas (LNG) terminal in France for about 850 billion won last year.

By Chung Seung-hwan and Minu Kim