Korea’s NHIS rakes in $1.7 bn in investment return over 5 years

이미지 확대
South Korea’s National Health Insurance Service (NHIS) aims to diversify its investment portfolio after raking in over 2 trillion won ($1.7 billion) in returns over the past five years from its investment of 20-trillion-won assets, according to NHIS on Tuesday.

The public health insurer invested its 20 trillion won assets, which exclude medical care expenses to medical institutions and pharmacies, and earned 2.05 trillion won in returns over the past five years. 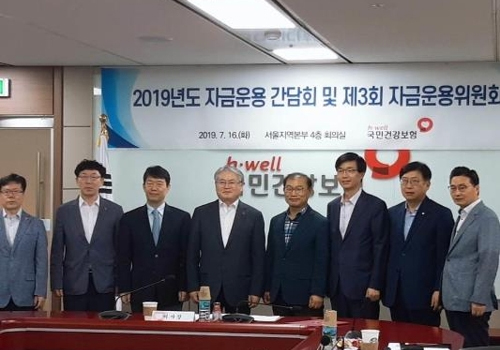 NHIS plans to diversify its investment portfolio by including more aggressive investment vehicles, given that it would be challenging for the insurer to improve its returns with the current investment schemes.

Kim Yong-ik, president of the National Health Service, said that the organization will boost returns from investment of its funds by diversifying its investment portfolio.

NHIS said it has set up a new fund management committee and revised its fund management guideline. Five committee members – each with a two-year term – will help the NHIS seek for more aggressive investment vehicles such as equity funds and alternative funds, shifting from its previous investment strategy that focuses on fixed deposits with high stability and liquidity and bond-related investment products.