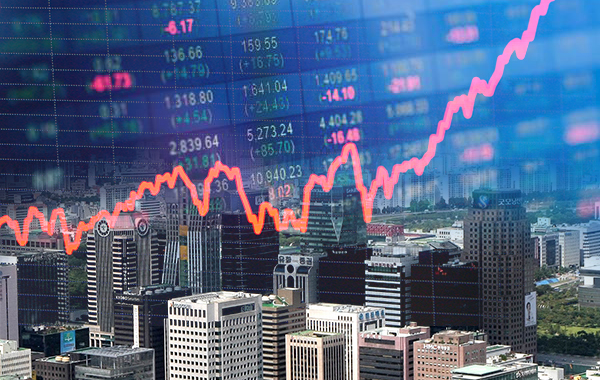 이미지 확대
Corporate bond issuance in Korea sharply surged to top 3 trillion won ($2.5 billion) as of July 15 as companies rushed to raise debt while the bond market was on a heated rally.

According to finance industry sources on Tuesday, companies in Korea issued 3.09 trillion won worth in bonds during the first fifteen days of July to record a net bond issuance of 1.3 trillion won. A year ago in July, the corporate bond issuance for the month was 3.98 trillion won, with a net of 59.8 billion won after repayment.

The debt market is usually lackluster in July for the summer break season and after the first-half settlements, said Korea Investment & Securities Co. in a report.

But the rally in the debt market on heavy bets for a rate cut has fueled demand even in long-dated government bonds and corporate papers.

In the U.S. market, the yield on 10-year U.S. Treasury note has stayed lower than that of 3-month bill for the past seven weeks. Also, the protracted low interest environment has made raising funds through bond issuance cheaper for companies than borrowing from banks.

The heat in the bond market is expected to fizzle out after the central bank delivers its much-anticipated rate cut either in July or August.

By Jung Hee-young and Cho Jeehyun