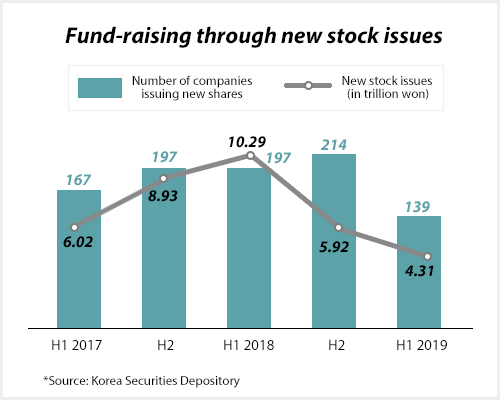 According to data released by the Korea Securities Depository on Tuesday, companies listed on the Korean bourses issued combined 4.31 trillion won ($3.66 billion) worth new shares from January to June, down 58.1 percent against a year ago.

Market analysts said the lackluster stock market has refrained companies from seeking to raise funds through the equity market.

The number of companies issuing new shares fell 29.4 percent on year to 139 and the markets were added with 1.41 billion shares, down 19.0 percent from a year earlier.

By Hong Hae-jin and Lee Ha-yeon