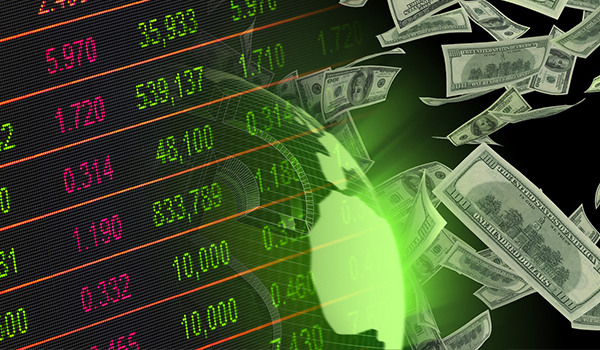 이미지 확대
Foreigners own near 100 trillion won ($85 billion) in South Korean government bonds, with more than half held by central banks and sovereign funds for long-term investment.

According to the Korea Exchange, foreign investors held government bonds worth around 95 trillion won as of the end of June, or nearly 15 percent of circulating government papers.

Given the rapid increase, the ownership is expected to exceed 100 trillion won by early August.

Foreign appetite for Korean sovereign debt surged on the bond market rally amid bets on interest rate cut in near future and foreign exchange arbitrage from cheaper won against major currencies. 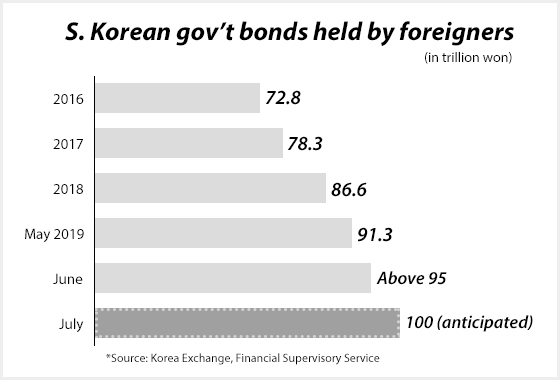