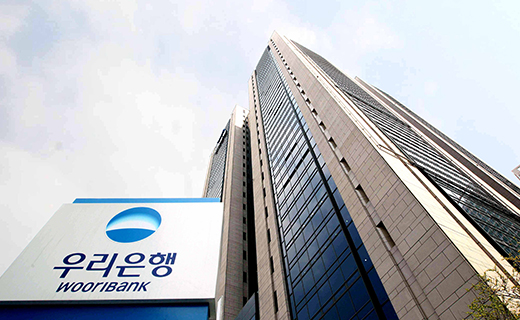 The Korean won-denominated bond was issued at a coupon rate of 2.28 percent, 60 basis points above the 10-year government bond yield, the company said Thursday. The spread was the smallest in subordinated issues by financial holding groups to date in Korea as the offering drew 810 billion won from institutional investors, the group said.

Meanwhile, the bond sale comes a day after Woori Bank announced to pay out cash dividends of total 676 billion won on its shares. As the bank is a wholly-owned subsidiary of Woori Financial Group, the dividends also would wholly go to the holding company.

Market experts expect the company with the proceeds of about 1 trillion won from both events would bolters its reserves to acquire brokerages or real estate investment trusts to complete its non-banking portfolio and bring Woori Card and Woori Investment Bank currently under flagship Woori Bank to the holding family.

By Lee Seung-hoon and Lee Ha-yeon