KCGI to up share in Hanjin Kal to 20% to become more vocal: Yuanta Securities 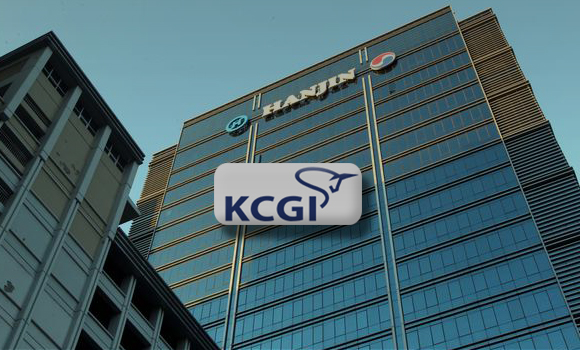 이미지 확대
Korean activist private equity fund KCGI is expected to use the gains from its earlier investment to further raise its share in Hanjin Kal Corp. to strengthen control over the family-owned transportation conglomerate and watch over its hereditary succession following the death of the patriarch, according to Yuanta Securities.

In a report released on Tuesday, the brokerage said KCGI is likely to increase its share in the Hanjin Group holding entity to 20 percent from the current 15.84 percent to secure a firm footing at next year’s shareholders’ meeting. Ever since taking up a 9 percent stake in the company late last year, the fund has been vocal in its call for improved governance.

Earlier in April, Hanjin Chairman Cho Yang-ho died suddenly of a chronic illness, weeks after his removal from the board of the group’s flagship unit, Korean Air Lines Co., amid a string of personal and family scandals. His only son, Cho Won-tae, was later recognized as the new chair and legal representative of Hanjin Group after a brief setback that sparked rumors of a sibling feud.

The late Cho held a 17.84 percent stake in Hanjin Kal. The younger Cho owns 2.34 percent of the company, with his two sisters each holding 2.31 percent and 2.3 percent. The Cho family together owns a combined 28.95 percent stake in the holding entity.

KCGI is the second-largest shareholder of Hanjin Kal, and has been gradually upping its stake in the company since the death of the former chairman.

KCGI has already made a 41 percent return on its investment in Hanjin Kal, with gains reaching 125 billion won ($106 million), the Yuanta report noted, projecting the fund`s continued stock purchases in the company as a long-term strategy to seize management control.

Yuanta saw Cho Won-tae’s leadership as tenuous, despite the Cho family’s 28.9 percent interest in Hanjin Kal, and questioned his grip over the conglomerate. It also expected Hanjin Group to overhaul its Vision 2023 announced earlier this year, and come up with stronger reforms amid increased pressure from KCGI.

Its recommendation on Hanjin Kal was revised down from “buy” to “hold,” on grounds that the current stock price was already 20 percent higher than the most optimistic net asset value set at 38,000 won.

Yuanta predicted fluctuations in the stock to continue until the next shareholders’ meeting in March 2020, which is expected to be a watershed moment for Hanjin Kal.