이미지 확대
The world’s second largest animal nutrition and fish feed producer Nutreco has joined the invite to bid for the animal feed division of Korean food giant CJ CheilJedang that generated near $2 billion sales across the globe.

According to industry sources on Thursday, CJ CheilJedang closed a non-binding tender last month and received letters of intent from several firms including Nutreco. It is reported that the Dutch company has been carrying out due diligence since early this month.

CJ CheilJedang manufactures livestock and pet feed products operating factories in seven countries including Korea, Indonesia and Vietnam. The feed business generated 322 billion won ($270 million) in operating profit on sales of 2.2 trillion won last year, up 28 percent and 3 percent, respectively, from a year ago. Earnings before interest, tax, depreciation and amortization (EBITDA) surged more than 10-fold to 111.7 billion won from 10.3 billion won over the period.

Thanks to the strong performance, the sale of the feed business is estimated to fetch 1.5 trillion won to 2 trillion won, market analysts said. 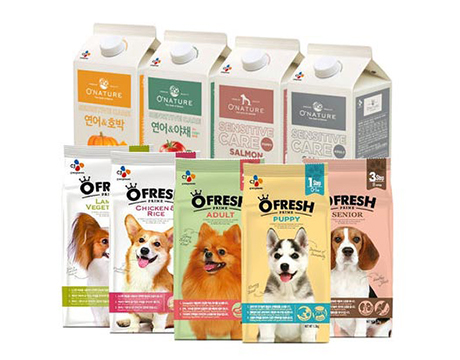 CJ CheilJedang decided to divest the animal feed business two years ago to concentrate on the food and bio businesses that have high growth potential. Its board of directors last month approved the plan to spin off the feed business to facilitate the sale.

The industry expected private equity funds would find the business less appealing due to the volatility in feed prices.

The company has received an offer from a local feed major, but is said to prefer a foreign buyer for global stretch. CJ CheilJedang has been in contact with global food companies including Nutreco and Cargill for a long time, according to a market source.