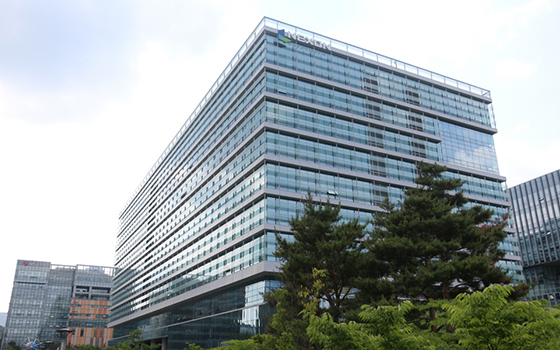 이미지 확대
The tender for NXC Corp., the parent company of South Korea’s largest gaming company Nexon, has been delayed for a second time in a month, raising questions about the plausibility of the mega M&A deal going through as planned.

The second round of bids scheduled for Wednesday (U.S. time) has been pushed back to May 24, according to various sources from investment banks on Tuesday.

Earlier this year, Nexon founder Kim Jung-ju put up for sale the entire 98.64 percent stake in NXC, Nexon’s holding firm, in a deal expected to fetch at least $12 billion. The sale is led by Deutsche Bank and UBS.

A source from an investment bank said several bidders had asked for more time to conduct due diligence, citing the complicated deal structure. Another cause of delay is said to be the local gaming giant Netmarble Corp., which had first considered partnering with Korea’s biggest private equity fund MBK Partners, but decided to make a separate bid due to differences in opinions. Netmarble is reportedly on the search for another financial investor with a strong will to continue its bidding.

The Nexon bid was already pushed back by a month as it was initially due for mid-April. The series of delays have caused many to raise doubts about the deal, but Nexon’s parent company is reportedly adamant in pushing the sale forward. An M&A expert also played down the chances of a breakdown, saying that the latest upsets are largely due to the size and complex structure of the deal.

Six companies submitted their initial bids in February. The most formidable contender is Chinese gaming giant Tencent Holdings Ltd., which is the sole distributor of Nexon’s Dungeon Fighter game in China that is responsible for nearly half of Nexon’s annual revenue. Other bidders include Korean tech firms Netmarble and Kakao Corp. along with private equity groups MBK Partners, KKR and Bain Capital.

Kakao and MBK Partners are said to be the most enthusiastic, but experts say it will ultimately come down to who has the most ample ammunition.