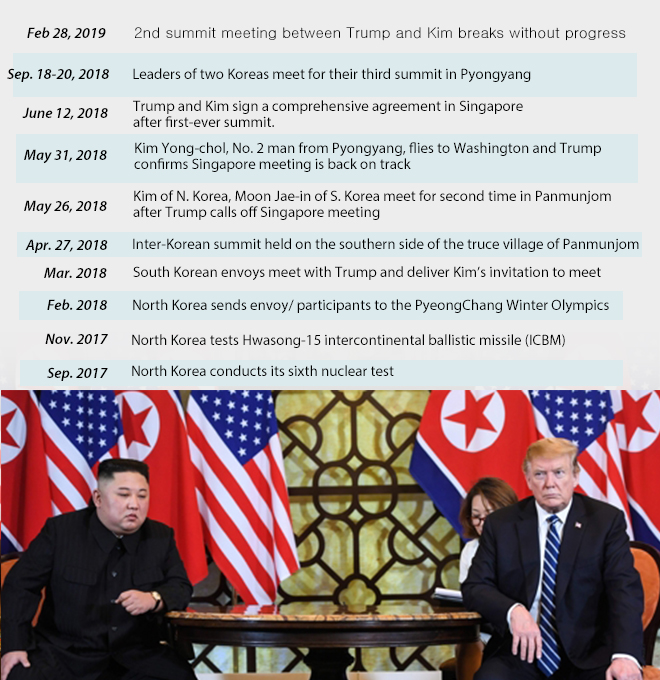 이미지 확대
South Korean stocks with business interest in North Korea crashed in late Thursday trade as mood suddenly changed after lunch in Hanoi that led to panicky selling in fears of a collapse in the second summit meeting between the United States and North Korea in Hanoi, Vietnam, taking a toll on the overall Korean markets.

Hotel and resort operator Ananti Inc. that lost around 3 percent in earlier trade on profit taking extended losses towards the market close to end 25.83 percent lower at 21,100 won ($18.76).

The sudden change of the afternoon schedule – cancellation of signing of a joint agreement – dashed hopes about a breakthrough in inter-Korean ventures through progress in denuclearization negotiations in Hanoi after a yearlong stalemate following the first summit in Singapore in June last year. 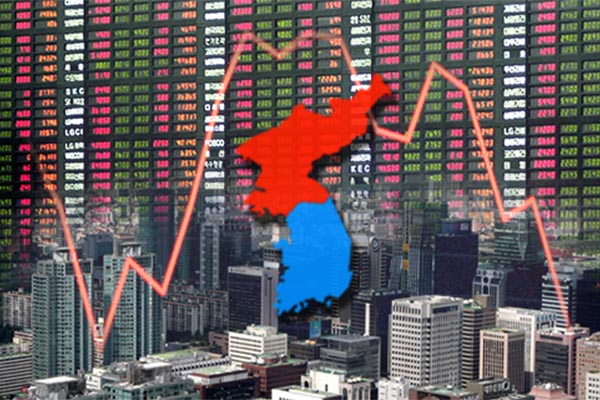 These companies have been on a roller coaster ride as they rallied recently in hopes that tourism program could be renewed around Mount Kumgang with other inter-Korean economic cooperation projects upon the results of the second Trump-Kim summit in Hanoi.

But market sentiment soured amid skepticism about Washington and Pyongyang reaching an agreement that can lead to immediate changes on the economic front.