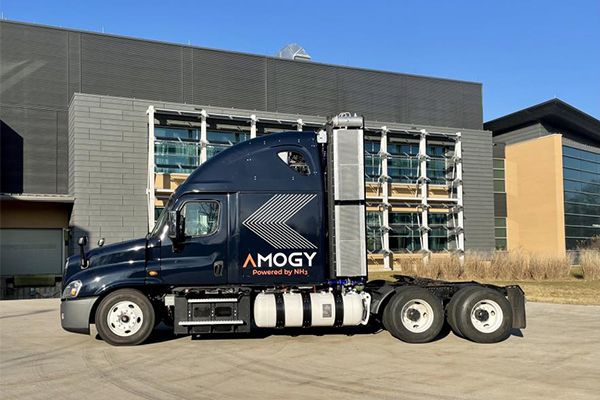 The 900 kilowatt hour energy generated from the liquid ammonia fuel system on the Freightliner Cascadia truck was tested for several hours at Stony Brook University in New York for about eight minutes, according to Amogy and SK innovation on Wednesday.

The fuel cell system directly turns liquid ammonia into hydrogen while on board.

The successful testing of the truck came about 18 months after the Brooklyn-based startup first demonstrated its ammonia power solution with the test on a 5kW drone in July 2021 and a 100kW tractor in May 2022. The power conversion technology was later scaled to up 300kW.

Amogy plans to conduct a full-scale test on the truck in Ohio later this month.

The company’s proprietary fuel-cell system produces electricity by extracting hydrogen from ammonia, a compound of hydrogen and nitrogen. This system is efficient as it uses ammonia, which is easy to store and transport.