Son Heung-min is Korea’s star player on the English Premier League, but off the field, startup Bepro Company is a rising name among global soccer clubs for its AI-enabled solutions in football training.

“Soccer is a game that is about how well two teams with the same number of players creates space,” said Kang Hyunwook, CEO of Bepro Company in an interview with Maeil Business Newspaper. During a game, soccer players typically create space based on their gut feeling but this can now be based on science with artificial intelligence (AI) technology. Bepro11 quantifies where a space formed and how large the gap is between players when the player passes the ball.

Bepro began by distributing their platform service to youth soccer teams and lower league teams in 2016 and now works with professional soccer teams. Currently, teams in the English Premier League (EPL), the top level of the English soccer league system, such as West Ham United F.C., Crystal Palace F.C., Watford F.C., a team in LaLiga, Spain’s top professional soccer division, Sevilla FC, the Athletic Club, a professional football club based in Spain, and a team in Serie A, Italy’s top soccer league, A.C. Milan, employ Bepro11 platform. As of last year, a total of 1,355 soccer teams are using Bepro11. From 2019 to last year, sales and the number of paid customers doubled each year compared to the previous year.

“Before there had to be different experts and tools for shooting, editing, analyzing, presenting, sharing, and also for analyzing the opposite team’s play but Bepro11 is an all in one platform that allows all of these to be done at once,” said Kang. 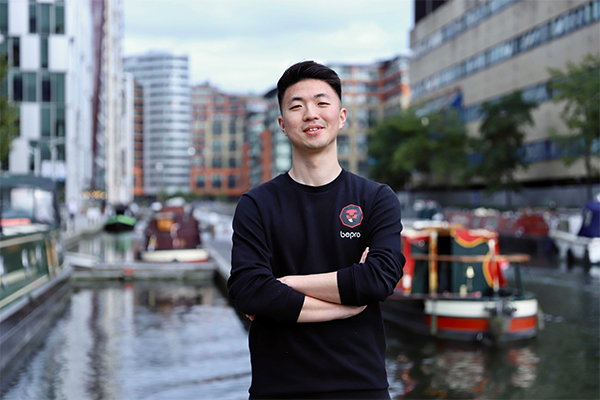 Kang was able to come up with Bepro11 because he was a fan of the sport since childhood. He had played soccer ever since he was young and came up with the business idea when he played soccer in his university’s soccer club. According to Kang, he started out by creating a website for his soccer club but that evolved into the creation of Bepro11.

BePro11 is a platform that provides analysis and video footage of soccer games, practices, and data. It has also recently developed camera equipment, “BeproCam”, to make it easier to provide video footage. BeproCam is a portable camera with three built-in lenses, enabling panoramic images by photographing the left, center, and right sides. Before, it was difficult to record videos unless they were at a training camp or at a stadium where cameras were installed. Kang now wants to provide this platform to not just professional teams but to amateur clubs to aid their training.

Bepro can be useful for coaching and scouting.

The company is applying the solution to other sports.

“American football teams have taken an interest in Bepro11’s camera technology and video editing tools and they are currently testing out our platform,” said Kang.

Bepro has been used in Futsal, a type of soccer that is played indoors on a much smaller court and because of its similarities to basketball, which is also played indoors, Bepro is planning to provide its platform service to American basketball teams this year.

While Kang first began his foray into the foreign market in Germany, he believes that the most important market is the American market. This is because in the United States, unlike in Europe, sports are regarded as hobbies worth investment.

“If you take a look at our competitors, paid customers from the U.S. account for only 40 percent of all customers, but the U.S. market accounts for 70 percent of total sales,” said Kang.

By Shin Yoo-kyung and Susan Lee