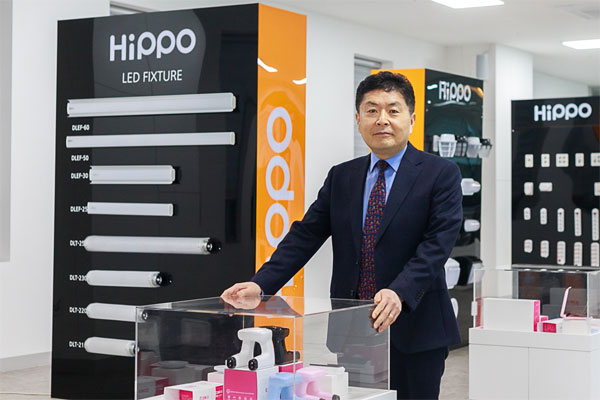 The company said on Tuesday it has completed the product development and will bring it to market as early as this year.

Among the ultraviolet wavelengths emitted from sunlight, UV-B light in the 280-320 nm band plays an important role in vitamin D synthesis.

Since UV-B light cannot pass through a window, vitamin D is produced only when directly exposed to sunlight. But by forming the same wavelength band as UV-B light through this LED lamp, it is possible to synthesize vitamin D in the bloodstream indoors, the company’s CEO Kang Young-joon said.

DSE, which started business in Namdong Industrial Complex in Incheon, is the only Korean enterprise that can design, manufacture, and inspect LED lamps in an integrated fashion. The company well known for its ‘HiPPO LED’ brand ranks first in the number of patent applications in the domestic LED lamp market. In 2013, DSE relocated its headquarters to Songdo International City to enhance R&D capabilities.

As a result, the company stands out in the field of special lighting such as LEDs for plant cultivation, animal breeding, and ship and port infrastructure.