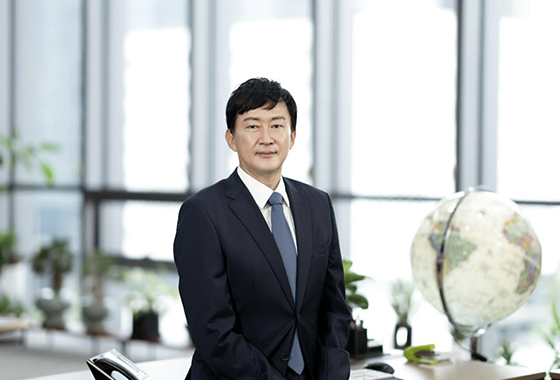 Samsung Biologics will explore M&A opportunities to add cell and gene therapy to its portfolio as it tries to cement its leadership in the global drug community beyond the contract manufacturing sector, according to its CEO.

“In CMO capacity, we are already ahead of Lonza,” Samsung Biologics CEO John Lim told Maeil Business Newspaper on the sidelines of the 2022 BIO International Convention held last week in San Diego.

The company added fresh orders of $7.9 billion in the first half.

Samsung Biologics now commands 30 percent of global CMO production with a total of 620,000 liters from its four plants combined. The fourth one under construction in Songdo, Incheon, is scheduled to be in partial operation in October this year.

Samsung Biologics has been in high gear since the veteran biotech executive took office in December 2020. The company is drawing attention for its production of the most technically difficult mRNA vaccines and its materials for Moderna and GreenLight Biosciences on top of its best performance in history.

“There are only two companies in the world that produce mRNA, and it represents an important competitiveness factor to have a company that produces mRNA materials in Korea,” said the 61-year-old business leader who is an avid marathon runner.

Samsung Biologics is already setting foot into drug development for its own sake beyond contract services. “It was a good choice for Samsung Biologics to start with contract production with relatively less risk and we will spare no effort in launching a fund and investing in the development of novel drugs based on the experience we have accumulated through contract production.”

He also mentioned the possibility of M&A in contract development and manufacturing business for cell and gene therapies, saying the therapy market is premature.

“Many companies have built cell and gene therapy factories, but as investor sentiment deteriorates and many are on sale now. The key is whether they can survive until 2024. The cell and gene therapy market is not yet ripe, so if you wait a little longer, a good sale will be available at an appropriate price.”