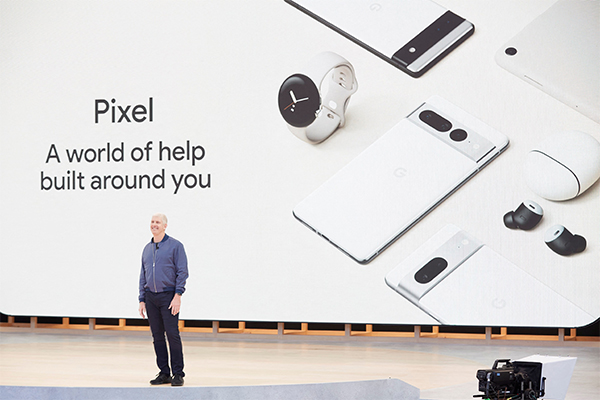 Starting this summer, Google Assistant will be available on Samsung’s Galaxy Watch4, which marks the first concrete evidence to show enhanced partnership between Samsung Electronics and Google since the two tech giants announced their integration in wearable OS last year.

“As we celebrate one year of collaboration and success, we’re opening up the ecosystem even further by bringing new experiences and benefits to Galaxy Watch4 users. This summer, I’m excited to share that Galaxy Watch4 users will be able to download Google Assistant to their devices,” Patrick Chomet, EVP and Head of Customer Experience Office at Mobile eXperience Business, Samsung Electronics, wrote in an editorial for Samsung Newsroom on Thursday.

Samsung Electronics had never been clear before about when Google Assistant would arrive, just saying it would be available in a few months.

Health Connect is a new initiative designed to simplify the connectivity between health and fitness apps to facilitate user data sharing across apps, according to Sean McBreen, who leads developer experience for Android at Google. McBreen stressed that Google has worked closely with Samsung on the Health Connect project, adding Google Fit, Samsung Health, MyFitnessPal, and others will soon participate.

Google said that the number of Wear OS users has more than tripled compared to a year ago thanks to its enhanced partnership with Samsung. Under their partnership, Samsung will be able to do more with Google Assistant instead of its own voice assistant Bixby, and data sharing is expected to lead to future software competitiveness.

During the conference, Google also unveiled its first-ever smartwatch, the Pixel Watch, powered by Wear OS. It is compatible with Google Assistant, allowing users to control the watch with voice for navigation and electronic payment, among others.