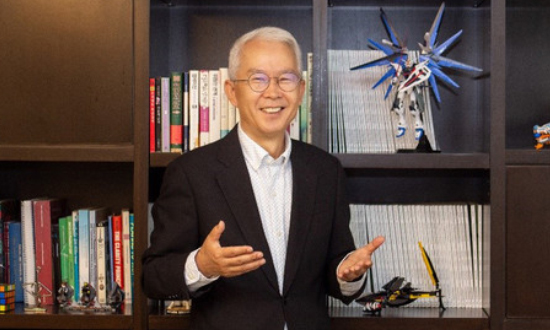 이미지 확대
Dr. Jong Sung Koh, known as Korea’s first-generation in the development of novel therapies, and the CEO of biotech Genosco Inc. in the United States, has set a new goal of developing new drugs to treat highly unmet medical conditions such as biliary tract cancer and Alzheimer’s disease.

Dr. Koh, who is behind the lucrative development of gemigliptin and lazertinib, stressed the need to explore novel therapies with global competitiveness and cost-effectiveness during a recent interview with Maeil Business Newspaper.

He played a pivotal role in the development of diabetes treatment Zemiglo (gemigliptin) while working as the head of LG Chem’s drug research center in the 1990s and developed Leclaza (lazertinib) for the treatment of non-small cell lung cancer. Zemiglo launched in 2012 is one of LG Chem’s leading therapeutic assets with annual sales exceeding 100 billion won ($78.5 million).

He earned his Ph.D. in chemical engineering at California Institute of Technology in 1990 after his MS in chemistry at Korea Advanced Institute of Science and Technology in 1981 and BS in chemical education at Seoul National University in 1979. He started his research career at LG Chem in 1991 and led an oncology drug research team at Korea Research Institute of Chemical Technology. But in 2008 he decided to start a new life as an entrepreneur of a small biotechnology startup in Boston, the epicenter of global biomedical innovation to discover a new drug in the post genomic. Despite many challenges amid a global economic crisis, his company concentrated on research in collaboration with parent company Oscotec, resulting in the discovery of innovative lung cancer drug lazertinib, which was valued up to $1.25 billion when it was licensed out to Janssen in 2018.

Dr. Koh emphasized that Korean drug developers should not be overly concerned about their potential failure of clinical trials as such failures are inevitable in many cases. Regarding the recent setbacks from cancelled license deals, he advised Korean companies to ready alternatives in their pipeline to offset potential headwinds as it was in the case of gemigliptin and lazertinib.