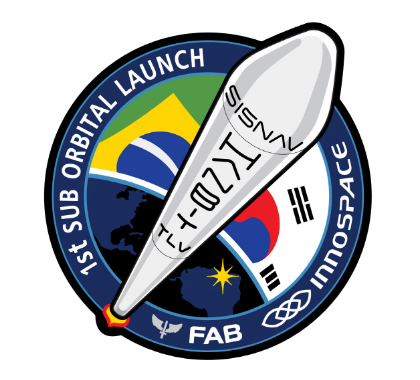 INNOSPACE, a South Korean space startup for small launch vehicles, has signed a commercial contract to launch a Brazilian military payload, a symbolic win for the burgeoning industry of space exploration led by the private sector in Korea.

Under the contract signed with the Brazilian Department of Aerospace Science and Technology (DCTA), INNOSPACE will conduct its first suborbital test flight of HANBIT-TLV to carry an inertial navigation system called SISNAV for the Brazilian Air Force at the Alcântara Launch Center in Brazil in December this year, the company said on Tuesday.

INNOSPACE is developing HANBIT, a small satellite launcher powered by its hybrid 15-ton rocket engine. The test launch marks its first suborbital test flight to validate the first stage engine of HANBIT-Nano, a 2-stage small satellite launcher capable of carrying a 50kg payload. The 16.3-meter test rocket weighs 9.5 tons and will be thrusted by a single 15-ton engine.

SISNAV is a navigation device that measures the flight position, speed, and attitude of the rocket and the test launch will enable DCTA to verify if the device works properly in takeoff and during the trans-atmospheric flight. 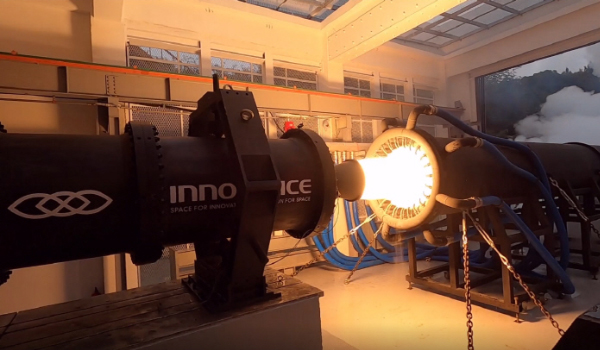 INNOSPACE expects its test launch to be an important milestone in the development of the private space market. The hybrid rocket technology independently developed by INNOSPACE combines the advantages of liquid and solid fuel rockets for better outcomes in production period, safety, and cost effectiveness.

Korea sees a growing list of space rocket and satellite startups in the private sector. NARA Space Technology, a startup dedicated to small satellites, said on Tuesday it raised 10 billion won in a series A funding round. The company is scheduled to launch its first satellite on Space X Falcon 9 next year. Another rocket developer Perigee Aerospace raised a total of 20 billion won as of last year.