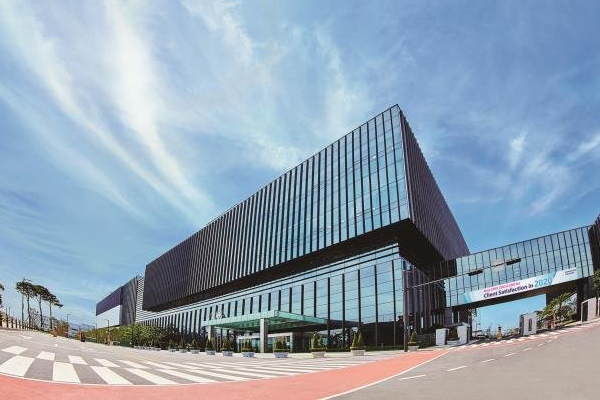 Samsung Biologics, the world’s largest contract drug developer and manufacturer on Wednesday delivered the first $1 billion tranche for the $2.3 billion pledged to buy the share of Biogen, the American partner in their JV Bioepis.

The transaction put Bioepis under full ownership of Samsung Biologics.

Bioepis earnings will be reflected in Samsung Biologics’ financial results from the second quarter.

Samsung Biologics shares were 0.12 percent higher at 806,000 won on Thursday.

Samsung Biologics agreed to buy Biogen’s equity in Bioepis (50 percent minus one share, or 10,341,852 shares) for $2.3 billion in total. The remaining $1.25 billion will be paid in installments over the next two years, with a separate payment of $50 million when a specific condition is met.

For the deal, Samsung Biologics already raised capital of about 3.2 trillion won by issuing new shares to its existing shareholders including employee trust and Samsung C&T and Samsung Electronics. The capital will be used not only to buy Bioepis shares but also to build its fourth plant and purchase land for future facilities.

Samsung Biologics which celebrated its 11th anniversary on Thursday has grown into the world’s largest CDMO by speedily adding production capacity that beats all its rivals.

With Biogen, the Korean CDMO giant is expected to enhance its biosimilar development capability and make an inroad into the novel drug development market.

Dubbed the “Super Plant,” its new, multi-story fourth plant will house 256,000 liters of mammalian production capacity, the world’s largest of its kind, and it is being ready for commissioning and partial operation in October this year. Upon completion, Samsung Biologics’ total production capacity will reach an unrivalled level of 620,000 liters.